If you were lucky enough to catch the husband/wife duo “Birds of Chicago” at the Regina Folk Festival in 2015, you may have had the pleasure of hearing Allison Russell with her husband JT Nero. Born and raised on Montreal, music saved Allison as she suffered from a traumatic childhood of abuse.  Since the duo group with her husband, she has also been part of the folk supergroup “Our Native Daughters” along with Rhiannon Giddens. “Outside Child” is her first solo album and is a rather therapeutic effort considering her past and where she has come since then. The album would be classified in the Folk/Americana genre and features the soulful vocals of this talented multi-instrumentalist.  You can find it on Tidal here:  https://tidal.com/browse/album/184088038 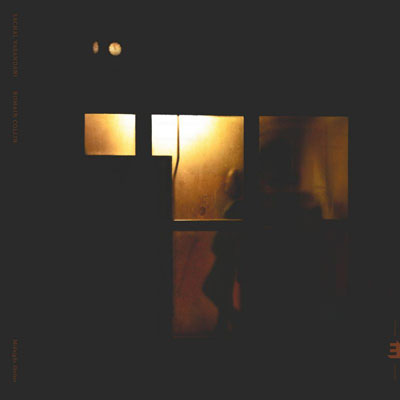 Vocalist Sachal Vasandani and his friend/pianist Romain Collin team up for this sparse and subdued album that delivers incredibly well. On this album, Sachal has moved away from his more jazz-centric vocals of past albums and here concentrates more on a stripped-down presentation that’s more pop focused featuring covers from artists such as Nick Drake, Bob Dylan and The Beatles. Vocal delivery is straightforward in the vein of someone like Kurt Elling and the piano accompanies with a light touch that is the ideal compliment to these minimal arrangements. Warmth, body and intimacy are the sonic hallmarks of this excellent recording. Available for streaming on TIDAL or in 24/96 FLAC from ProStudioMasters.
(0) Comments
Read More

Posted by Neil Gelowitz on 3/29/2021 to Music
A new album from John Smith pretty much guarantees something worth your time. His new album "The Fray" is no exception. The British singer/songwriter shows his signature warm vocals and a nice acoustic touch. Then, add guest performers of Bill Frisell, Lisa Hannigan and Sarah Jarosz to enhance the album even further. Purchased in FLAC at 7digital Canada, but available for streaming on Tidal as well.
(0) Comments
Read More

If you're a fan of piano jazz trios, look no further than the Søren Bebe Trio. Søren Bebe leads this trio in a style that is very reminiscent of European jazz stars such as Tord Gustavsen (a personal favourite for many years) and the late Esbjörn Svensson. All the albums are worth your consideration as they not only feature great music, but are also superbly recorded.  You can find them at https://sorenbebe.bandcamp.com/ with the albums available in CD quality or 24/96 FLAC. A few are available for your enjoyment on TIDAL, but these albums are definitely worth owning. Enjoy!

Posted by Neil Gelowitz on 12/28/2020 to Music
Picked this up at Zunior.com's Boxing Day Sale and it's a winner for sure. William Prince, from Winnipeg, has been on the rise since his debut album in 2015 which won the 2017 Juno for Contemporary Roots Album of the Year and was nominated for Indigenous Music Album of the Year. After seeing him years ago at the Regina Folk Festival, it was obvious he had the talent to succeed in this difficult business, and it's great to see his talent shine in this album.
You can buy this on Zunior.com in FLAC for $8.88. Note: it won't say it anywhere, but the album is 24/96. Incredible price for this quality.  Find it here: https://zunior.com/products/william-prince-reliever
(0) Comments
Read More
More results: Previous Page 1 2 3 4 5 ...6